Environmentalism and the Mass Media: The North/South Divide 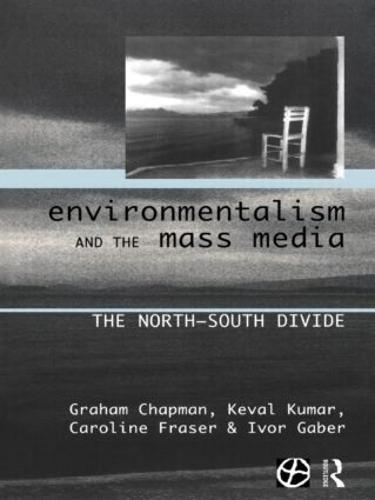 Environmentalism and the Mass Media: The North/South Divide

The mass media in different countries reflects dominant concerns of contemporary societies. Ideas of environmentalism are often broad and imprecise, holding neither meaning or currency. This volume discusses the diverse ideas of environmentalism , the way environmental ideas circulate, and public reaction to environmental concerns conveyed by the media. Drawing on interviews with journalists, media pictures, and public opinion surveys in both UK and India, the authors outline the differing cultural, religious and political contexts against which world views form present an interesting picture between North and South. Mass media and communication technology is in danger of locking Northern countries into a ghetto of environmental self-deception thereby perpetuating poverty in the South. The South’s goal remains the attainment of development; the North sees environmental problems occuring elsewhere - in Eastern Europe and developing countries. Whether or not environmentalism becomes a universal cause depends on how and to what extent such sharply contrasting world views can converge.