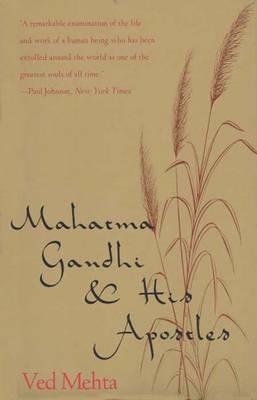 Millions of words have been written about Mahatma Gandhi, yet he remains an elusive figure, an abstraction to the Western mind. In this book Ved Mehta brings Gandhi to life in all his holiness and humanness, shedding light on his principles and his purposes, his ideas and his actions. Through interviewing disciples of Gandhi in five countries, Mehta reconstructs in precise detail Gandhi’s daily routine, recounts the story of his life, and presents the beliefs and practices of his apostles . Mehta’s book, widely praised when it was first published in 1977, is a biographical portrait of Gandhi.