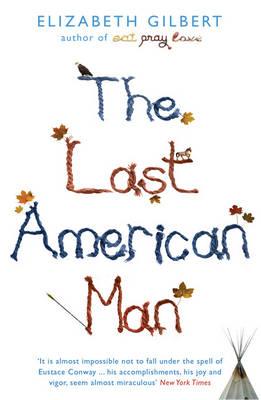 At the age of seventeen, Eustace Conway ditched the comforts of his suburban existence to escape to the wild. Away from the crushing disapproval of his father, he lived alone in a teepee in the mountains. Everything he needed he built, grew or killed. He made his clothes from deer he killed and skinned before using their sinew as sewing thread. But he didn’t stop there. In the years that followed, he stopped at nothing in pursuit of bigger, bolder challenges. He travelled the Mississippi in a handmade wooden canoe; he walked the two-thousand-mile Appalachian Trail; he hiked across the German Alps in trainers; he scaled cliffs in New Zealand. One Christmas, he finished dinner with his family and promptly upped and left - to ride his horse across America. From South Carolina to the Pacific, with his little brother in tow, they dodged cars on the highways, ate road kill and slept on the hard ground. Now, more than twenty years on, Eustace is still in the mountains, residing in a thousand-acre forest where he teaches survival skills and attempts to instil in people a deeper appreciation of nature. But over time he has had to reconcile his ambitious dreams with the sobering realities of modernity. Told with Elizabeth Gilbert’s trademark wit and spirit, this is a fascinating, intimate portrait of an endlessly complicated man: a visionary, a narcissist, a brilliant but flawed modern hero. The Last American Man is an unforgettable adventure story of an irrepressible life lived to the extreme. The Last American Man is a New York Times Notable Book and National Book Critics Circle Award Finalist.

END_OF_DOCUMENT_TOKEN_TO_BE_REPLACED

Eat, Pray, Love: One Woman’s Search for Everything Across Italy, India and Indonesia

Eat, Pray, Love: One Woman’s Search for Everything

Eat, Pray, Love: One Woman’s Search for Everything