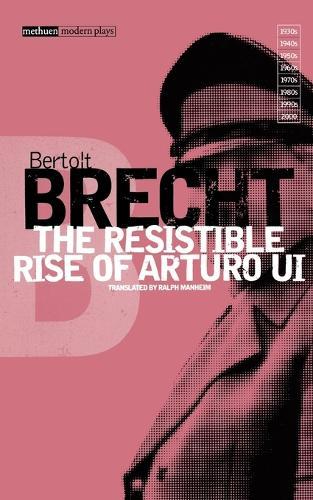 Described by Brecht as ‘a gangster play that would recall certain events familiar to us all’, Arturo Ui is a witty and savage satire of the rise of Hitler - recast by Brecht into a small-time Chicago gangster’s takeover of the city’s greengrocery trade. Using a wide range of parody and pastiche - from Al Capone to Shakespeare’s Richard III and Goethe’s Faust - Brecht’s compelling parable continues to have relevance wherever totalitarianism appears today. Written during the Second World War in 1941, the play was one of the Berliner Ensemble’s most outstanding box-office successes in 1959, and has continued to attract a succession of major actors, including Leonard Rossiter, Christopher Plummer, Antony Sher and Al Pacino. Presented in Methuen Drama’s Modern Classics series, this is the standard critical edition of the play featuring extensive editorial notes and an introduction.