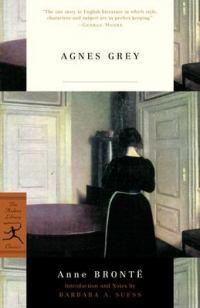 Concerned for her family’s financial welfare and eager to expand her own horizons, Agnes Grey takes up the position of governess, the only respectable employment for an unmarried woman in the nineteenth century. Unfortunately, Agnes cannot anticipate the hardship, humiliation, and loneliness that await her in the brutish Bloomfield and haughty Murray households. Drawn from Anne Bronte’s own experiences, Agnes Grey depicts the harsh conditions and class snobbery that governesses were often forced to endure. As Barbara A. Suess writes in her Introduction, Bronte provides a portrait of the governess that is as sympathetic as her fictional indictment of the shallow, selfish moneyed class is biting.