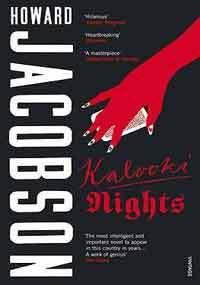 Life should have been sunny for Max Glickman, growing up in Crumpsall Park in peacetime, with his mother’s glamorous card evenings to look forward to, and photographs of his father’s favourite boxers on the walls. But other voices whisper seductively to him of Buchenwald, extermination, and the impossibility of forgetting.Fixated on the crimes which have been committed against his people, but unable to live among them, Max moves away, marries out, and draws cartoon histories of Jewish suffering in which no one, least of all the Jews, is much interested. But it’s a life. Or it seems a life until Max’s long-disregarded childhood friend, Manny Washinsky, is released from prison. Little by little, as he picks up his old connection with Manny, trying to understand the circumstances in which he made a Buchenwald of his own home, Max is drawn into Manny’s family history -above all his brother’s tragic love affair with a girl who is half German. But more than that, he is drawn back into the Holocaust obsessions from which he realises there can be, and should be, no release.There is wild, angry, even uproarious laughter in this novel, but it is laughter on the edge. It is the comedy of cataclysm.

END_OF_DOCUMENT_TOKEN_TO_BE_REPLACED

The Act of Love