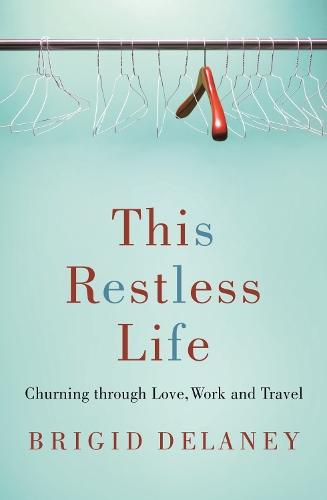 This Restless Life asks if we are sacrificing depth for breadth, or if it’s possible to have both? We often live in transit, shifting between jobs, cities and countries, trying to build communities in a virtual world, but longing - maybe before dropping off to sleep at night - for some stronger connection. The savage playground of speed dating. High-risk, low-loyalty workplaces, scattered around the world. Friendships and love affairs conducted through technology. Globalisation and the long boom have changed the way young people love, work and travel. In This Restless Life, journalist Brigid Delaney looks at the impact that hyper-mobility and the excesses of consumer culture have had on the restless generation. She hears stories from young Australians in the departure lounges of outer London airports, at parties in Rome and Sydney, in the cafes of Berlin and Paris. They feel ‘nation-stateless’, adrift. Their affluence in the new economy has come at a cost. Having lived the restless life herself - fifteen cities over the past fifteen years - Delaney laments the loss of the things that for previous generations held life together, like romantic love, full-time permanent work and real-world communities. But just as the pace of the new economy changed us in