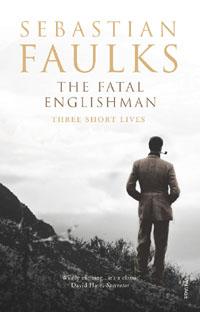 Christopher Wood, a young Englishman, wanted to be the greatest painter in the world and went to Paris in 1921. By day he studied, by night he attended the parties of the beau-monde. Sadly he was to become an opium addict dying at aged 29 but did succeed to claim a place in the history of English painting.

Richard Hilary, confident and handsome, flew Spitfires in the Battle of Britain before being shot down and horribly burned. His book, The Last Enemy, made him famous, but not happy, and he begged to return to flying, but died, mysteriously in a night training operation, aged only 23.

Jeremy Wolfenden was born in 1936, the son of Lord Wolfenden. Charming, witty, and generous, he was the cleverest Englishman of his generation, but left College to become a hack reporter. At the height of the Cold War, he was sent by Intelligence to Moscow where his louche private life gave rife to rumours. A terrifying sequence of events ended in Washington, where he died at the age of 31.