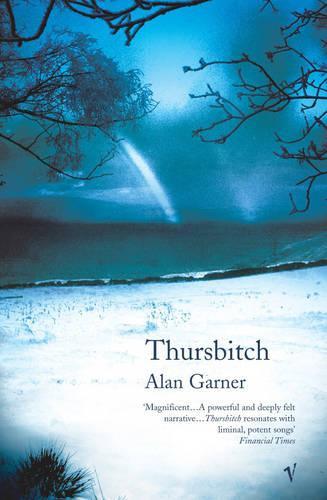 Here John Turner was cast away in a heavy snow storm in the night in or about the year 1755. The print of a woman’s shoe was found by his side in the snow where he lay dead. This enigmatic memorial stone, high on the bank of a prehistoric Pennine track in Cheshire, is a mystery that lives on in the hill farms today. John Turner was a packman. With his train of horses he carried salt and silk, travelling distances incomprehensible to his ancient community. In this visionary tale, John brings ideas as well as gifts, which have come, from market town to market town, from places as distant as the campfires of the Silk Road. John Turner’s death in the eighteenth century leaves an emotional charge which, in the twenty-first century, Ian and Sal find affects their relationship, challenging the perceptions they have of themselves and of each other. Thursbitch is rooted in a verifiable place. It is an evocation of the lives and the language of all people who are called to the valley of Thursbitch.