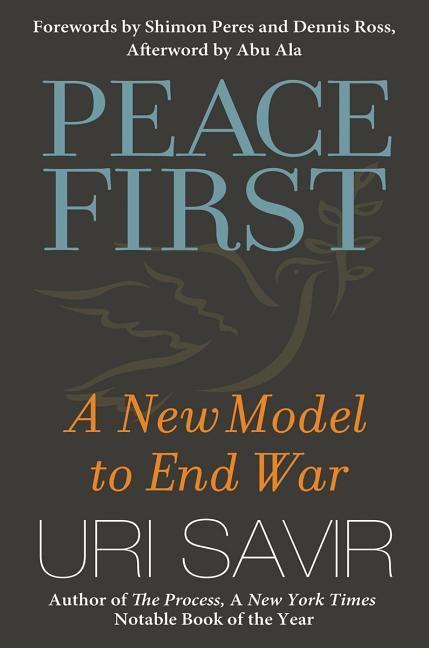 Uri Savir has an ambitious, indispensable goal- to bring peacemaking into the 21st century. Little in today’s world, writes Savir, is more progressive than modern warfare. Yet little is more archaic than peacemaking. We remain trapped in a centuries-old mindset, with leaders bargaining warily for concessions and signing treaties that collapse because no one on the ground has any real stake in them. Drawing on his experiences negotiating the Oslo Peace Accords as well as on trenchant examples from Ethiopia, Eritrea, Rwanda, Sierra Leone, Afghanistan, India, Pakistan, Northern Ireland, and the former Yugoslavia, Savir argues that an enduring peace is built from the bottom up, not from the top down. He describes a new model based on establishing and nurturing mutually beneficial forms of cooperation beginning on the local level, city to city and organization to organization. This process of glocalization -involving local actors in global issues-is the first step toward constructing a peace ecology- a comprehensive transnational culture dedicated to breaking down the psychological and social barriers between former enemies. These efforts are furthered through the establishment of joint ventures that give each side a tangible stake in maintaining peace. Diplomacy still has a role, but it must reject maneuvering for gain and instead emphasize the advantages both sides will gain with the cultivation of lasting peace. Throughout Savir provides concrete examples of how these concepts have been put into practice. And he ends with a detailed vision of how this model could bring an enduring peace in one of the world’s most war-torn areas- the Mediterranean Basin. Peace First offers a pragmatic yet revolutionary new approach that promises to end our most intractable conflicts.