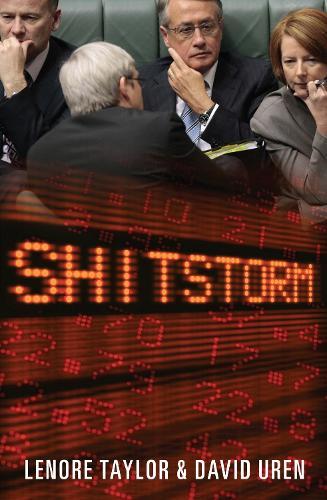 Shitstorm assembles a gripping picture of a rookie government facing the worst economic crisis in seventy-five years. From respected journalists Lenore Taylor and David Uren comes the inside story of the Rudd government’s darkest days in office. Its first term will be forever defined by the Global Financial Crisis, or-to use the Prime Minister’s term-the ‘shitstorm’ that engulfed the nation and the world. Based on interviews with all the key players on both sides of politics, Shitstorm reveals just how close Australia came to disaster, what Kevin Rudd and his colleagues did to avoid it, and the serious mistakes they made along the way-mistakes that now threaten the government’s re-election.