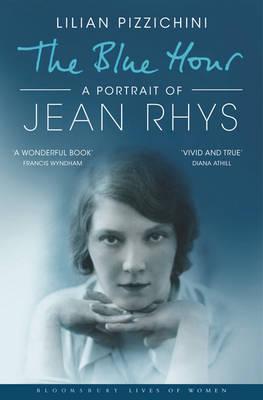 Jean Rhys, described by Al Alvarez as ‘one of the finest British writers of this century’, was an artist of brilliance and fury best known for her late literary masterpiece, Wide Sargasso Sea. But she was also a woman in constant psychological turmoil, never far from the edge, whose blazing talent rescued her time and time again from the abyss. In The Blue Hour, Lilian Pizzichini enters Rhys’s twilit demimonde, starting with her dreamy girlhood in the lush island heat of Dominica and following her vagabond existence from chorus girl to artist’s model in cold, inhospitable London, to abandoned wife and hapless mother in bohemian 1920s Paris, through three failed marriages and five misunderstood books to screaming drunk in suburban Beckenham, and finally to feted elderly author who considered her critical acclaim to have ‘come too late’. Rhys was made a CBE in 1978, the year before she died. This compelling and heartbreaking biography, the first truly intimate account of Rhys since her unfinished autobiography Smile Please in 1979, is an unforgettable portrait of a woman whose writing was both her life and her lifeline, and a unique attempt to see the world as Rhys herself saw it - hostile, chaotic, full of flawed humanity and fragile dreams, life experienced through the thinnest of skins.