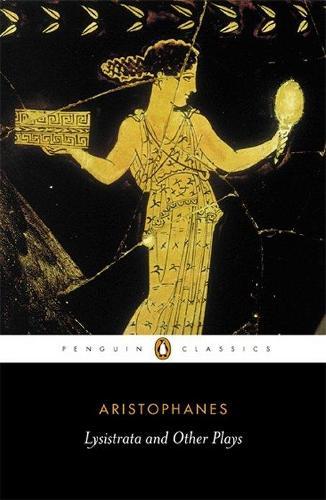 Collecting three comedies that show Aristophanes tackling the consequences of war and social upheaval in Athens with his characteristic wit, Lysistrata and Other Plays is translated from the Greek with an introduction and notes by Alan H. Sommerstein in Penguin Classics.Writing at a time of political and social crisis in Athens, Aristophanes was an eloquent, yet bawdy challenger to the demagogue and the sophist. In Lysistrata, the titular heroine persuades the women of Greece to withhold sex from their husbands, forcing them to end the Peloponnesian War; and in The Archanians, a lone peasant enters into a private peace treaty with the Spartans, much to the chagrin of his fellow Athenians. The darker comedy of The Clouds satirises Athenian philosophers, Socrates in particular, and reflects the uncertainties of a generation in which all traditional religious and ethical beliefs were being challenged.For this edition Alan H. Sommerstein has completely revised his translation of the three plays, bringing out the full nuances of Aristophanes' ribald humour and intricate wordplay, with a new introduction explaining the historical and cultural background to the plays.If you enjoyed Lysistrata and Other Plays, you might like Aristophanes' The Birds and Other Plays, also available in Penguin Classics.

END_OF_DOCUMENT_TOKEN_TO_BE_REPLACED

Running in the Family: Rejacketed