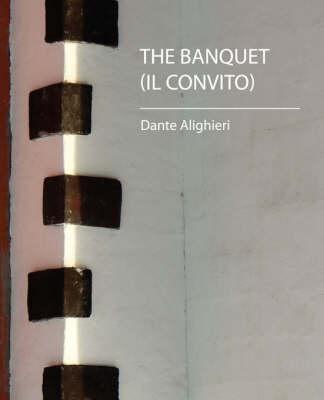 This translation of Dante’s Convito–the first in English–is from the hand of a lady whose enthusiasm for the genius of Dante has made it a chief pleasure of her life to dwell on it by translating, not his Divine Comedy only, but also the whole body of his other works. Among those works the Vita Nuova and the Convito have a distinct place, as leading up to the great masterpiece. In the New Life, Man starts on his career with human love that points to the divine. In the Banquet, he passes to mature life and to love of knowledge that declares the power and the love of God in the material and moral world about us and within us. In the Divine Comedy, the Poet passes to the world to come, and rises to the final union of the love for Beatrice, the beatifier, with the glory of the Love of God. Of this great series, the crowning work has, of course, had many translators, and there have been translators also of the book that shows the youth of love. But the noble fragment of the Convito that unites these two has, I elieve, never yet been placed within reach of the English reader, except by a translation of its poems only into unrhymed measure in Mr. Charles Lyell’s Poems of the Vita Nuova and the Convito, published in 1835.