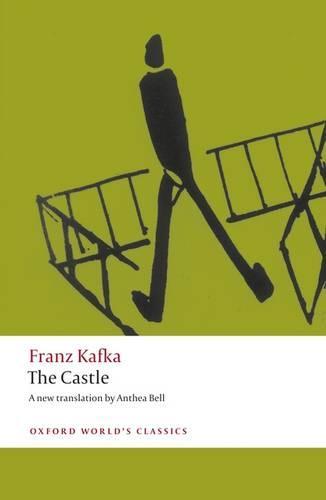 A remote village covered almost permanently in snow and dominated by a castle and its staff of dictatorial, sexually predatory bureaucrats - this is the setting for Kafka’s story about a man seeking both acceptance in the village and access to the castle. Kafka breaks new ground in evoking a dense village community fraught wiht tensions, and recounting an often poignant, occasionally farcical love-affair. He also explores the relation between the individual and power, and asks why the villagers so readily submit to an authority which may exist only in their collective imagination.Published only after Kafka’s death, The Castle appeared in the same decade as modernist masterpieces by Eliot, Joyce, Woolf, Mann and Proust, and is among the central works of modern literature. This translation follows the text established by critical scholarship, and manuscript variants are mentioned in the notes. The introduction provides guidance to the text without reducing the reader’s own freedom to make sense of this fascinatingly enigmatic novel.

END_OF_DOCUMENT_TOKEN_TO_BE_REPLACED

The Trial: A New Translation Based on the Restored Text

Amerika: The Missing Person: A New Translation, Based on the Restored Text

The Metamorphosis: And Other Stories