Friends in Life and Death: British and Irish Quakers in the Demographic Transition 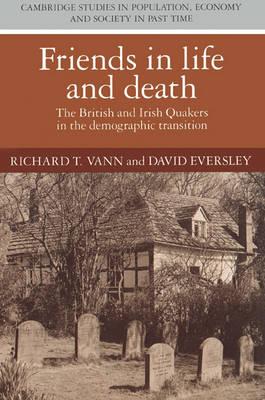 Friends in Life and Death: British and Irish Quakers in the Demographic Transition

In Friends in Life and Death two distinguished historians join forces to exploit the exceptional riches offered by the records of British and Irish Quakers for the student of social, demographic, and familial change during the period 1650-1900. Professor Vann and Eversley have analysed the experiences of more than 8,000 Quaker families, involving over 30,000 individuals, to produce an unparalleled study of patterns of child-bearing, marriage, and death among a major religious grouping. The authors, wherever possible, compare the Quakers in the British Isles with the contemporary population of Britain and Ireland as a whole, as well as with those of France, Quebec, and the American colonies.