Interrogations: Inside the Minds of the Nazi Elite 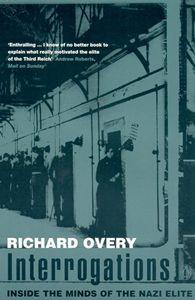 Interrogations: Inside the Minds of the Nazi Elite

Europe in early 1945 was a vast physical and moral wasteland. It was now that the weary Allied armies, fighting their way through the devastated Reich, truly came to understand the horror the Nazi’s had unleashed. As the Nazi leaders were killed, committed suicide or were captured and the regime fell to pieces, it was through the interrogation of the survivors that the Allies began to find out the true nature of their enemy. In hour after hour of questioning the truth (and of course many lies)about Nazi Europe came spilling out. Richard Overy brings the reader face to face with a regime in its death throes and with a world struggling to understand what had really been perpetrated within the gigantic fortress of Hitler’s Reich.