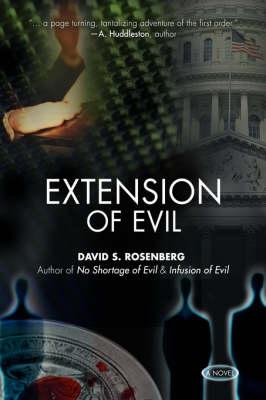 Terrorism and fraudulent election practices make for great headlines and documentary films, but for FBI Special Agent Donald Corbbitt, it’s all in a day’s work. In the wake of one of the most exciting presidential campaigns in United States history, Corbbitt is nearly stretched to his limit as he hurriedly works to thwart widespread death and destruction with a counterattack against a group of terrorists. The terrorists' goal: terminating railway transportation along the Eastern Seaboard. High-rolling liquor tycoon, Gordon Noble, confronts both political parties. As an independent candidate, he shifts the nation’s political climate by challenging ineffective leadership. But a series of threats to Noble’s family, the sabotage of his headquarters, and the kidnapping of his granddaughter only increase voter sympathy and media attention. Meanwhile, political pressures force the bureau director to assign Corbbitt to investigate Noble’s campaign operation. Charged with piecing together a very complicated plan of global deception, Corbbitt holds the key to discovering who is manipulating the world’s most powerful elected office-and who will control the world.