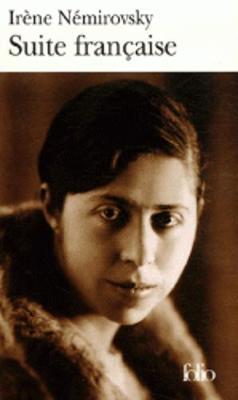 Suite Fran?aise is an extraordinary novel of life under Nazi occupation - recently discovered and published 64 years after the author’s death in Auschwitz. In the early 1940s, Ir?ne N?mirovsky was a successful writer living in Paris. But she was also Jewish, and in 1942 she was arrested and deported to Auschwitz. Her two small daughters, aged 5 and 13, escaped, carrying with them, in a small suitcase, the manuscript - one of the great first-hand novelistic accounts of a way of life unravelling. Part One, A Storm in June, is set in the chaos of the tumultuous exodus from Paris on the eve of the Nazi invasion. As the German army approaches, Parisians seize what belongings they can and flee the city, the wealthy and the poor alike searching for means to escape. Thrown together under circumstances beyond their control, a group of families and individuals with nothing in common but the harsh demands of survival find themselves facing the annihilation of their world, and human natu

END_OF_DOCUMENT_TOKEN_TO_BE_REPLACED

All Our Worldly Goods

Fire in the Blood

The Dogs and the Wolves