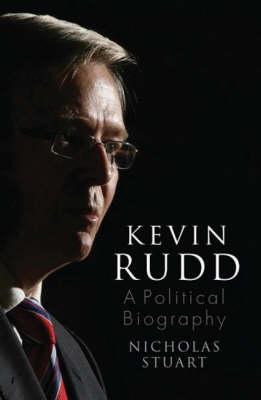 Kevin Rudd emerged after a period of prolonged instability and internal strife within the federal ALP to establish himself as a popular leader who could unify his party and mount a real challenge to John Howard. The early reaction to his leadership, from both voters and his political adversaries, suggests that he is widely regarded as Labor’s best hope in a decade of ending the Howard ascendancy.Kevin Rudd- a political biography explores the events that have made this ambitious, self-reliant man, and the influences that have shaped his vision for the future of Australia. It asks key questions- can Rudd inspire self-belief in Labor and persuade the electorate that, this time, they can indeed be trusted? What would a Labor government under an intelligent conservative leader look like or stand for?Kevin Rudd- a political biography is a comprehensive examination of the making of this key player in Australian political life. It is essential reading for anyone interested in the future of Australia.

END_OF_DOCUMENT_TOKEN_TO_BE_REPLACED

The Battle For Bennelong

The battle for the seat of Bennelong in the 2007 federal election is shaping up as one of the more interesting contests the political landscape has witnessed in a while. In one corner is the rookie candidate, ABC journalist Maxine...

Kevin Rudd: the inside story is a comprehensive examination of the making of this key player in Australian political life. It is essential reading for anyone interested in the future of Australia.

In Exit Right , Judith Brett explains why the tide turned on John Howard. This is an essay about leadership, in particular Howard's style of strong leadership which led him to dominate his party with such ultimately catastrophic...

Argues that John Howard is the first professional politician the country has seen, who has left a deep and lasting impact on modern politics, government and the country. This work presents a revealing study of the nature of modern...

END_OF_DOCUMENT_TOKEN_TO_BE_REPLACED

To the Bitter End: The Dramatic Story of the Fall of John Howard and the Rise of Kevin Rudd