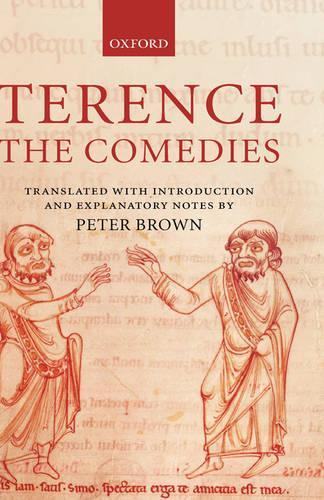 Terence (?184-159 BC) was the outstanding comic playwright of his generation at Rome and one of the founding fathers of European comic drama. His plays have been imitated by authors as diverse as the nun Hrothswitha in the tenth century and P. G. Wodehouse in the twentieth. They deal with the love-life of adolescent boys and with associated tensions in their relations with their fathers. They show love triumphing over obstacles of various kinds, and they also portray the problems that arise from ignorance, misunderstanding, and prejudice. They are true to universal elements of human experience, and audiences today can readily engage with the issues they raise. This new translation with introduction and explanatory notes aims to convey the liveliness of the plays as pieces written for the theatre.