Willful Blindness: A Memoir of the Jihad 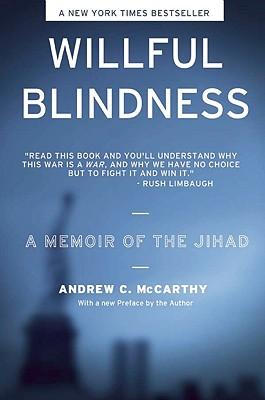 Willful Blindness: A Memoir of the Jihad

Andrew C. McCarthy takes readers back to the real beginning of the war on terror–not the atrocities of September 11, but the first bombing of the World Trade Center in February 1993 when radical Islamists effectively declared war on the United States. From his perch as a government prosecutor of the blind sheik and other jihadists responsible for the bombing, Andrew McCarthy takes readers inside the twisted world of Islamic terror.