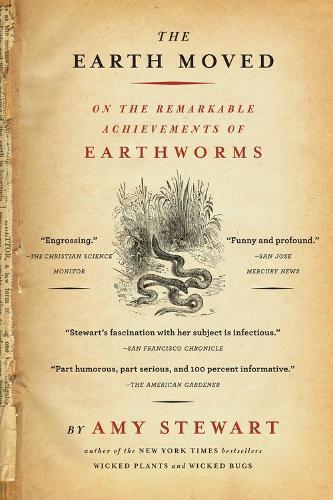 In the tradition of the bestselling book The Botany of Desire comes this fascinating exploration of the world underground and one of its most amazing denizens. The earthworm may be small, spineless, and blind, but its role in the ecosystem is profound. It tills the soil, destroys microscopic organisms that cause plant disease, breaks down toxins, and turns soil into rich compost, creating the most fertile areas on earth. In her witty and offbeat style, Amy Stewart shows just how much depends on the humble worm. The august Charles Darwin devoted his last years to the meticulous study of these creatures, admiring their remarkable achievements. It may be doubted whether there are many other animals which have played so important a part in the history of the world, as have these lowly organized creatures, he declared. With Darwin as her inspiration, Stewart weaves her own backyard investigations with those of the obsessed oligochaetologists, unearthing the complex life that exists beneath our feet.