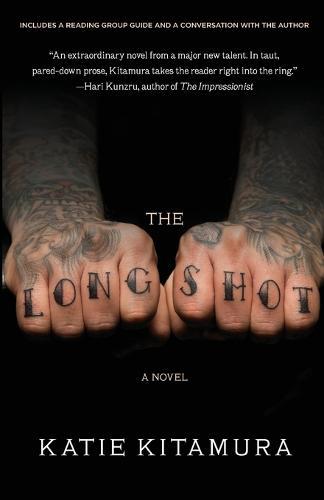 Abrilliant, spare debut novel that follows a former mixed martial arts star and his longtime coach over the course of three fraught days as they prepare for his momentous comeback match. Four years after Rivera knocked Cal from dominance, Cal’s coach, Riley, has set up a rematch–it will be good for Cal, and he’s ready for it. He’s been training harder than ever, trying to shake the lethargy that’s plagued him ever since he lost. Knowing he’s going to face Rivera again, he gets his focus and energy back. He agrees with Riley: he’s ready. But Rivera has never lost a fight, and in the final days before the match, both Cal and Riley secretly begin to doubt that he can be beaten now. The stakes are high for them–not only do they have no idea what else they’ll do with themselves besides MMA, they’re also desperate not to let each other down. In taut, rhythmic language, Katie Kitamura–a journalist who has followed MMA for years–renders the urgency, discipline, and mutual affection of athlete and coach with depth and subtlety. As an excruciating tension builds toward the final electrifying scene, their plight becomes our plight, the looming fight becomes every challenge each of us has ever taken on, however uncertain the outcome. This striking debut upholds a tradition of literary writing about gritty subject matter that includes Denis Johnson and Norman Mailer and goes back through Dos Passos, Steinbeck, and Hemingway. Fans of literary fiction will be drawn to The Finish’s stylized, sensitive portrait of two men striving to stay true to themselves and each other in the only way they know how.