No Sorrow Like Our Sorrow: Northern Protestant Ministers and the Assassination of Lincoln 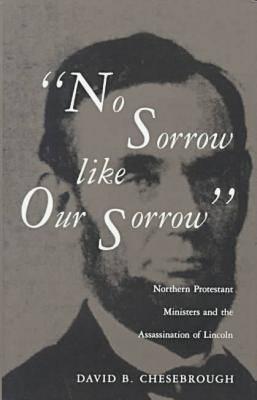 No Sorrow Like Our Sorrow: Northern Protestant Ministers and the Assassination of Lincoln

Sermons as historical documents reflect the thoughts, emotions, values, prejudices, and beliefs of their time. The more popular a preacher, the more likely it is that she or he mirrors the hopes and fears of a significant number of people, explains David B. Chesebrough in No Sorrow like Our Sorrow. His analysis of more than 300 sermons delivered in a seven-week period following Lincoln’s assassination (April 16-June 1, 1865) examines the influence of religious leaders on public opinion and policy during that turbulent period. In the days and weeks following the assassination, Americans flocked to churches in record numbers, seeking comfort, guidance, perspective, or an adequate expression of their own grief. Hundreds, sometimes thousands, had to be turned away. In the sermons they heard or read Chesebrough finds five major themes: the preachers expressed the grief they and their congregations experienced; praised the accomplishments and character of the slain president; blamed the South and the institution of slavery for the murder; demanded harsh justice upon the South, emphasizing rage, hatred, and revenge over forgiveness or conciliation; and fostered the perception of the assassination as providential. The prevalence of these themes illustrates the vital role played by Northern Protestant ministers in immortalizing Lincoln, formulating harsh Reconstruction policies toward the South, and promoting the postwar conservatism whereby institutionalism, nationalism, and conformity replaced civil disobedience and nonconformity. Readers interested in America’s religious history and the influence of religion on American culture and society, as well as students of the Civil War and Reconstruction, will appreciate Chesebrough’s thought-provoking analysis.