History, Power and Identity: Ethnogenesis in the Americas, 1492-1992 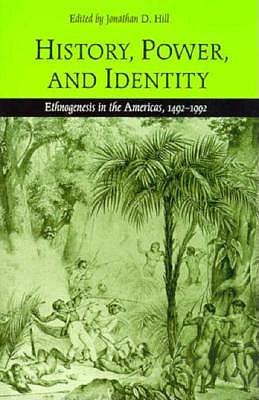 History, Power and Identity: Ethnogenesis in the Americas, 1492-1992

For the past five centuries, indigenous and African American communities throughout the Americas have sought to maintain and recreate enduring identities under conditions of radical change and discontinuity. The essays in this groundbreaking volume document this cultural activity–this ethnogenesis–within and against the broader contexts of domination; the authors simultaneously encompass the entanglements of local communities in the webs of national and global power relations as well as people’s unique abilities to gain control over their history and identity. By defining ethnogenesis as the synthesis of people’s cultural and political struggles, History, Power, and Identity breaks out of the implicit contrast between isolated local cultures and dynamic global history. From the northeastern plains of North America to Amazonia, colonial and independent states in the Americas interacted with vast multilingual and multicultural networks, resulting in the historical emergence of new ethnic identities and the disappearance of many earlier ones. The importance of African, indigenous American, and European religions, myths, and symbols, as historical cornerstones in the building of new ethnic identities, emerges as one of the central themes of this convincing collection.