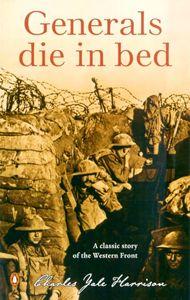 Drawing on his experiences in the First World War, Charles Yale Harrison tells a stark and poignant story of a young man sent to fight on the Western Front. It is an unimaginably harrowing journey, especially for one not yet old enough to vote. In sparse but gripping prose, Harrison conveys a sense of the horrors of life in the trenches. Here is where soldiers fight and die, entombed in mud, surrounded by rats and lice, forced to survive on insufficient rations. Generals die in bed brings to life a period of history through the eyes of a twenty-year-old narrator, who reminds us that there is neither glamour nor glory in war.

END_OF_DOCUMENT_TOKEN_TO_BE_REPLACED

The Diary of a Young Girl