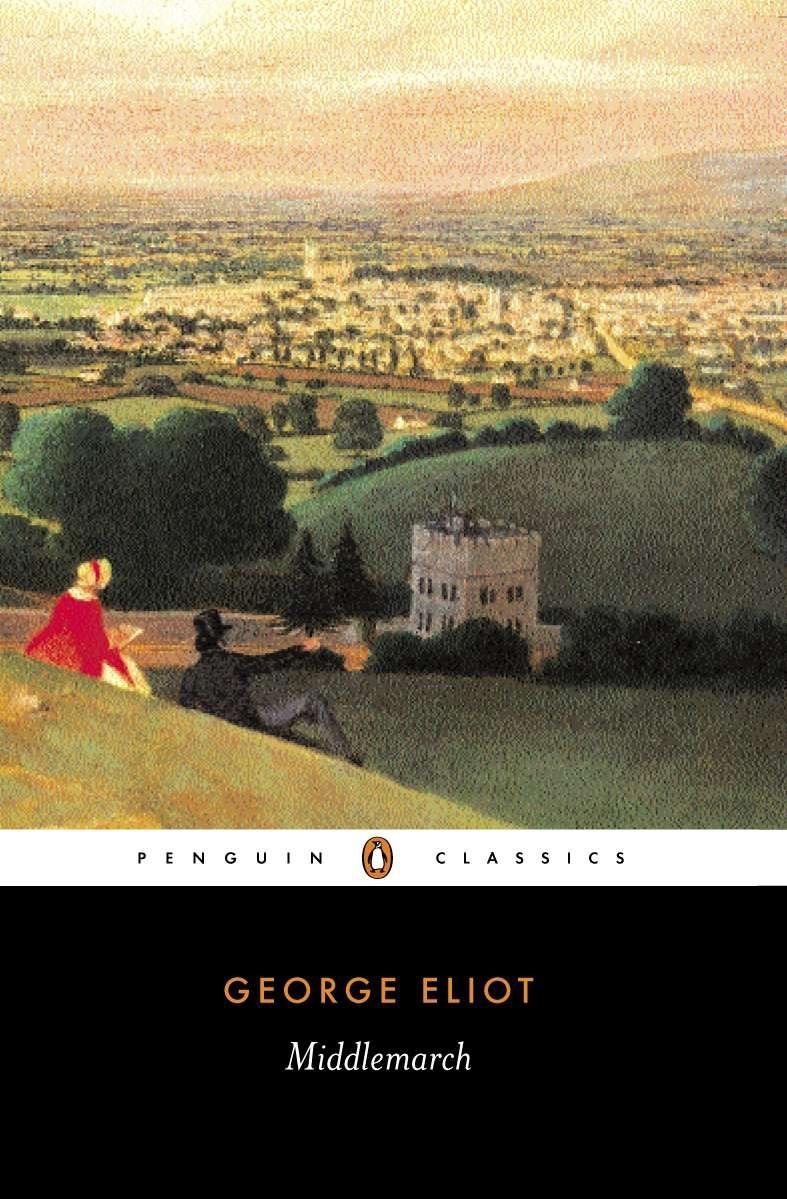 George Eliot’s masterpiece, groundbreaking in its psychological insight into powerful clashes of obligation and desire, Middlemarch is edited with notes and an introduction by Rosemary Ashton in Penguin Classics.
George Eliot’s most ambitious novel is a masterly evocation of diverse lives and changing fortunes in a provincial English community prior to the Reform Bill of 1832. Peopling its landscape are Dorothea Brooke, a young idealist whose search for intellectual fulfilment leads her into a disastrous marriage to the pedantic scholar Casaubon; the charming but tactless Dr Lydgate, whose marriage to the spendthrift beauty Rosamund and pioneering medical methods threaten to undermine his career; passionate, idealistic and penniless artist Will Ladislaw; and the religious hypocrite Bulstrode, hiding scandalous crimes from his past. As their stories interweave, George Eliot creates a richly nuanced and moving drama.
This edition uses the text of the second edition of 1874. In her introduction, Rosemary Ashton, biographer of George Eliot, discusses the themes of change in Middlemarch, and examines the novels as an imaginative embodiment of Eliot’s humanist beliefs.
$14.99Add to basket ›