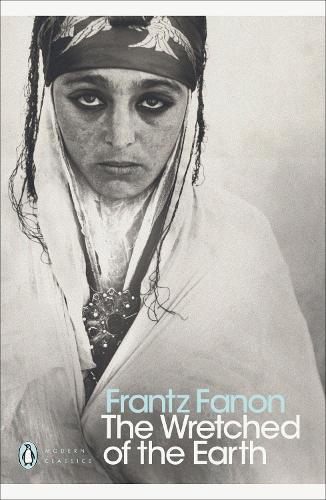 Frantz Fanon’s seminal work on the trauma of colonization, The Wretched of the Earth made him the leading anti-colonialist thinker of the twentieth century. This Penguin Modern Classics edition is translated from the French by Constance Farrington, with an introduction by Jean-Paul Sartre.
Written at the height of the Algerian war for independence from French colonial rule and first published in 1961, Frantz Fanon’s classic text has provided inspiration for anti-colonial movements ever since, analysing the role of class, race, national culture and violence in the struggle for freedom. With power and anger, Fanon makes clear the economic and psychological degradation inflicted by imperialism. It was Fanon, himself a psychotherapist, who exposed the connection between colonial war and mental disease, who showed how the fight for freedom must be combined with building a national culture, and who showed the way ahead, through revolutionary violence, to socialism. Many of the great calls to arms from the era of decolonization are now of purely historical interest, yet this passionate analysis of the relations between the great powers and the ‘Third World’ is just as illuminating about the world we live in today.
Frantz Fanon (1925-61) was a Martinique-born French author essayist, psychoanalyst, and revolutionary. Fanon was a supporter of the Algerian struggle for independence from French rule, and became a member of the Algerian National Liberation Front. He was perhaps the preeminent thinker of the 20th century on the issue of decolonization and the psychopathology of colonization. His works have inspired anti-colonial liberation movements for more than four decades.
$22.99Add to basket ›

END_OF_DOCUMENT_TOKEN_TO_BE_REPLACED

The Tyranny of Distance