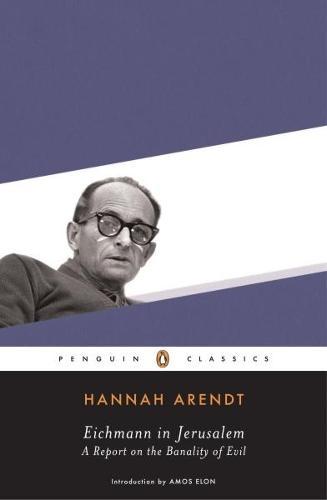 Sparking a flurry of heated debate, Hannah Arendt’s authoritative and stunning report on the trial of German Nazi SS leader Adolf Eichmann first appeared as a series of articles in The New Yorker in 1963. This revised edition includes material that came to light after the trial, as well as Arendt’s postscript commenting on the controversy that arose over her book. A major journalistic triumph by an intellectual of singular influence, Eichmann in Jerusalem is as shocking as it is informative - a meticulous and unflinching look at one of the most unsettling (and unsettled) issues of the twentieth century. Hannah Arendt (1906-1975) was for many years University Professor of Political Philosophy in the Graduate Faculty of the New School for Social Research and a Visiting Fellow of the Committee on Social Thought at the University of Chicago. She is also the author of Eichmann in Jerusalem, On Revolution, and Between Past and Future. If you enjoyed Eichmann in Jerusalem, you might like Elie Wiesel’s Night, available in Penguin Modern Classics.

END_OF_DOCUMENT_TOKEN_TO_BE_REPLACED

A Double Sorrow: Troilus and Criseyde

Cat on a Hot Tin Roof

A Modest Proposal and Other Writings