All The Things We Didn’t Say 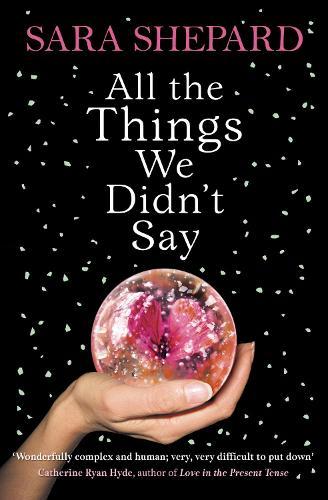 All The Things We Didn’t Say

Emotional, issue-led fiction perfect for all fans of The Memory Keeper’s Daughter and Jodi Picoult Tragedy came as if so often does: a teenage party, emotions running high, followed by a horrific car crash. A girl is left dead and a boy is forced to leave his home town, with a secret that he will carry with him forever… Years later, when Summer’s mother disappears one summer, she is left with her father. Obsessed with an accident from years ago, he slowly descends into mental illness. And as he becomes more disorientated, he reveals small fragments of a secret that has been hidden since his youth, a secret that changes everything. Summer supports her father as much as she can but eventually realises that she has to escape. She finds refuge with her great-aunt, Stella. Feisty, fun-loving, and dying of cancer, Stella holds parts of the family secret. Slowly, things fall into place for Summer - or at least so she thinks… This is a story of the importance of family, of the damage a lie can do, and of how nothing is ever what it seems.