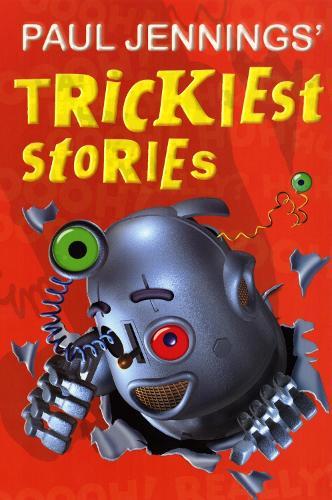 Since Unreal was published in 1985, Paul Jennings has written over 100 stories and sold over eight million copies of his books. To celebrate over twenty years of stories by Paul Jennings, Penguin has put together collections of his work.Hand-picked by Paul, each book contains 20 - 25 stories from the UnCollected series, Tongue-tied and the Super Diaries. Paul Jennings' Funniest Stories, Paul Jennings' Weirdest Stories and Paul Jennings' Spookiest Stories have sold over 110,000 copies combined, and Paul’s Trickiest looks set to follow.