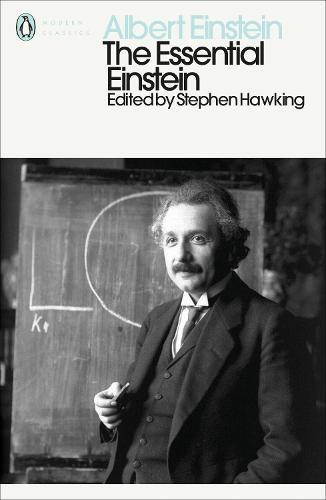 Albert Einstein changed the way physicists view the universe - and transformed the way we all see the world. Just over one hundred years ago, his Theory of Relativity stunned scientists, but today it is integral to modern thought as the most important scientific discovery of the twentieth century.
In this unique single volume, Stephen Hawking has assembled the highlights of Einstein’s groundbreaking scientific work. Collected here are Einstein’s own illuminating writings on the Theory of Relativity, which present a world of paradoxes in which space is bent and time is curved. Yet Einstein was known not only for his landmark ideas in physics. Here too are his reflections on politics and religion, and his musings on the ultimate significance of his scientific findings.
$29.99Add to basket ›

END_OF_DOCUMENT_TOKEN_TO_BE_REPLACED

A Briefer History of Time

God Created the Integers: The Mathematical Breakthroughs That Changed History

George and the Unbreakable Code

George and the Blue Moon