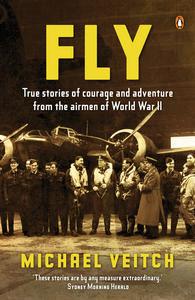 All over the world during World War II, thousands of young men who had never so much as been near an aeroplane left offices, farms and classrooms to learn to fly and fight in the greatest conflict the world has ever seen. They fought over deserts, cities and jungles, in-single-engine fighter aircraft, heavy bombers, transport planes and flying boats. How do they feel about their dramatic days in the air? What is it they remember, and what do they choose to forget?
In these candid and moving stories, Michael Veitch, writer, broadcaster and aeroplane fanatic, uncovers some of the untold stories of World War II- Australian, British and even German. He captures the events that defined a generation of men before these stories are lost forever.
$26.99Add to basket ›