What Is Wrong with Jung? 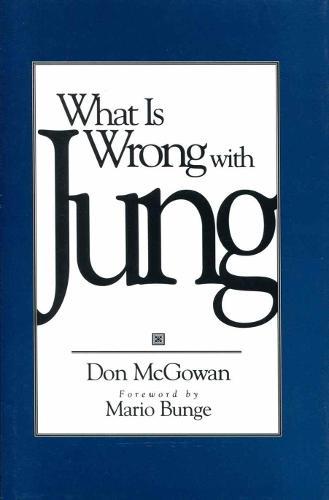 What Is Wrong with Jung?

In this detailed and systematic critique of the theories of psychologist Carl G Jung (1875-1961), Don McGowan exposes the many flaws in Jungian analysis and methodology. Beginning with Jung’s interpretation of religion and his attempts to draw parallels between mythology and his patients' dreams, McGowan finds a consistent lack of rigor, a highly selective use of evidence, and a tendency toward broad generalisation, which ignores important cultural distinctions. Jung’s popular theory of the collective unconscious is especially criticised as an example of over-interpretation and a failure to examine the diversity of cultural evidence. His proposed archetypes, derived from a narrow and rather biased study of Indo-European cultures, may reflect nothing more than patterns of cultural conditioning, argues McGowan, and not some universal substructure of the human mind, as Jung suggests.In Jung’s ideas about the blond beast and other innate characteristics of various races, McGowan detects disturbing echoes of Alfred Rosenberg, the German Nazi Party’s chief ideologist; and his attitude toward women, by today’s standards, is decidedly sexist - all of which makes his continuing popularity in the politically correct 1990’s difficult to understand. Despite these fundamental problems in Jungian analysis, McGowan points out that some of Jung’s ideas have enduring scientific value. Jung’s contrasting categories of extraversion and introversion, and his thinking, feeling, sensing, and intuiting personality types are based on empirical observations. This book offers the only critique of Jung’s work that does not attempt to promote another school of psychological analysis in place of the Jungian approach. McGowan’s objective, thorough, and very readable presentation will be of interest to critics and advocates of Jung alike.