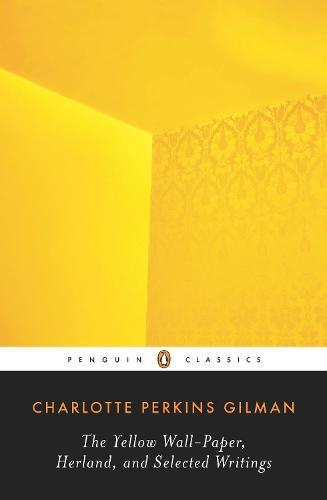 Wonderfully sardonic and slyly humorous, the writings of landmark American feminist and socialist thinker Charlotte Perkins Gilman were penned in response to her frustrations with the gender-based double standard that prevailed in America as the twentieth century began. Perhaps best known for her chilling depiction of a woman’s mental breakdown in her unforgettable 1892 short story ‘The Yellow Wall-Paper’, Gilman also wrote Herland, a wry novel that imagines a peaceful, progressive country from which men have been absent for 2,000 years. Both are included in this volume, along with a selection of Gilman’s major short stories and her poems.

END_OF_DOCUMENT_TOKEN_TO_BE_REPLACED

The Bloody Chamber and Other Stories: Vintage Classics Most Red Series