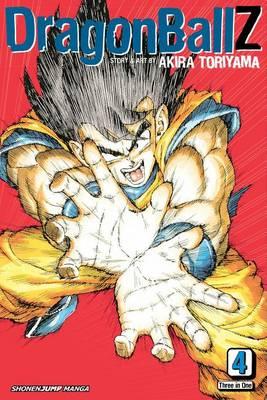 Change your perspective: get BIG After years of training and adventure, Goku has become Earth’s ultimate warrior. And his son, Gohan, shows even greater promise. But the stakes are increasing as even deadlier enemies threaten the planet. DRAGON BALL Z is the ultimate science fiction/martial arts manga. A Collection of Volumes 10 - 12! After a razor-close call, Son Goku and company triumphed in rescuing the Dragon Balls from Freeza’s evil claws. Now they must go head to head with one seriously ticked-off alien overlord! What’s worse, Freeza’s got a trick up his sleeve. He has the power to transform–not once, not twice, but three times–and with each new hideous face comes a massive power increase! With Goku recovering from his fight with Captain Ginyu, the gang must band together and hold Freeza off as long as they can. But even with all their power combined, the odds are in Freeza’s favor. As the battle rages on, defeating Freeza seems more and more impossible. The only hope lies in the one thing Freeza fears–the legend of the Super Saiyan!