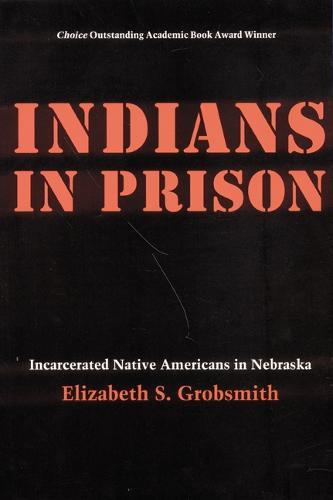 The subject of Indians in prison is of great importance not only because of the increasing Native American population in prisons (and the consequences for Indian life) but because that population is so disproportionately high. This first book-length study of the subject surveys the topic comparatively, incorporating detail based on firsthand ethnographic study and at the same time the hard data necessary to make it a definitive survey. Thus it is a major contribution to the field of American Indian studies. –Raymond J. DeMallie, Indiana University. Penologists, social services administra-tors, and students of criminal justice as well as of Indian studies will welcome this groundbreaking study, the product of close observation of and direct involvement on behalf of Indians in the Nebraska state penal system.Opening with a group profile, it discusses in detail the special concerns of that population: cultural and spiritual activities (Indians incarcerated in Nebraska were among the first to seek court permission to practice their religion behind bars), the seriously underestimated rates of alcoholism and drug addiction and the need for culturally appropriate treatment, and high rates of recidivism and their effect on parole. The final chapters present comparative data on Indians incarcerated in other states and offer recommendations for dealing with recurrent problems. Indians in Prison is particularly timely for its focus on how the social environments of Indian youth contribute to their delinquency and substance abuse and how Indians in prison perceive rehabilitation strategies, parole, and the law. Elizabeth Grobsmith is a professor of anthropology and assistant vice chancel-lor for academic affairs at the University of Nebraska-Lincoln.