The Cambridge History of Greek and Roman Political Thought 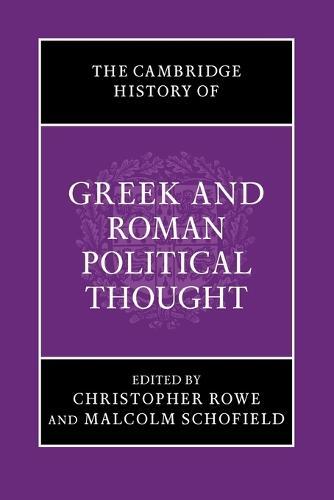 The Cambridge History of Greek and Roman Political Thought

This is the first general and comprehensive treatment of the political thought of ancient Greece and Rome ever to be published in English. It begins with Homer and ends in late antiquity with Christian and pagan reflections on divine and human order. In between come studies of Plato, Aristotle and a host of other major and minor thinkers - poets, historians, philosophers - whose individuality is brought out by extensive quotation. The international team of distinguished scholars assembled by the editors includes historians of law, politics, culture and religion, and also philosophers. Some chapters focus mostly on the ancient context of the ideas they are examining, while others explore these ideas as systems of thought which resonate with modern or perennial concerns. This clearly written volume will long remain an accessible and authoritative guide to Greek and Roman thinking about government and community.