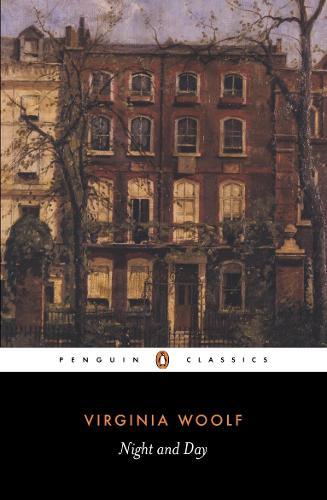 An immaculately-observed social comedy that explores the boundaries between personal freedom and the demands of love, the Penguin Classics edition of Virginia Woolf’s Night and Day is edited with an introduction and notes by Julia Briggs. Katharine Hilbery is beautiful and privileged, but uncertain of her future. She must choose between becoming engaged to the oddly prosaic poet William Rodney, and her dangerous attraction to the passionate Ralph Denham. As she struggles to decide, the lives of two other women - women’s rights activist Mary Datchet and Katharine’s mother, Margaret, struggling to weave together the documents, events and memories of her own father’s life into a biography - impinge on hers with unexpected and intriguing consequences. Virginia Woolf’s delicate second novel is both a love story and a social comedy, yet it also subtly undermines these traditions, questioning a woman’s role and the very nature of experience. This edition of Night and Day includes a detailed introduction by Julia Briggs, which considers the key themes of the novel and its place in the tradition of social comedy, a map of central London of the period and notes. Virginia Woolf (1882-1941) is regarded as a major 20th century author, a great novelist and essayist, and a key figure in literary history as a feminist and modernist. and became the centre of ‘The Bloomsbury Group’. This informal collective of artists and writers which included Lytton Strachey and Roger Fry, exerted a powerful influence over early twentieth-century British culture. Between 1925 and 1931 Virginia Woolf produced what are now regarded as her finest masterpieces, from Mrs Dalloway (1925) to the poetic and highly experimental novel The Waves (1931). She also maintained an astonishing output of literary criticism, short fiction, journalism and biography, including the playfully subversive Orlando (1928) and A Room of One’s Own (1929) a passionate feminist essay.