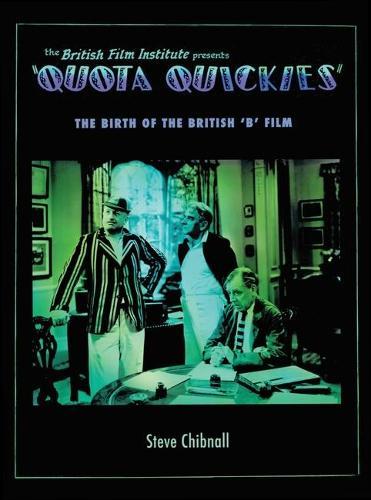 This book, the first of two volumes, will provide a major new history of the British B film, tracing the development of the low-budget supporting feature from the 1927 Films Act (which introduced a quota system for the distribution and exhibition of indigenous product) to the age of television, when B film producers channelled their energies into making TV programmes. Along the way, the authors will address leading producers and studios, B film stars, distributors, the genres and themes that tended to dominate B film production (comedy, horror, crime and fantasy). Quota Quickies will include a case study of the B films of Michael Powell. The authors' argument is that the B film was hugely important in British cinema history in offering an opportunity for British actors and technicians to develop their careers, and that the films themselves provided an outlet for the exploration of peculiarly British cultural concerns in an industry traditionally dominated by Hollywood output. They also contend that some of the films stand up well to contemporary viewing and are deserving of critical re-evaluation.