Lower than Angels: A Memoir of War and Peace 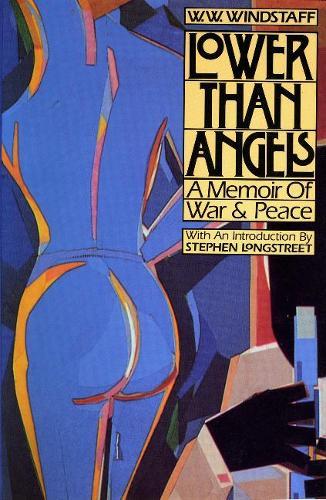 Lower than Angels: A Memoir of War and Peace

When he wrote this memoir over sixty years ago, the author planned a privately printed edition as gifts for his friends. He chose a pseudonym, W. W. Windstaff, to avoid embarrassing his socially prominent family. He did not view himself as a writer, and wrote his story with an intensity and honesty innocent of literary pretension. Windstaff led a colorful life. Entranced by airplanes, he joined the British air force as a pilot during World War I. Following his convalescence from a combat wound, Windstaff went to Paris and witnessed the grand American invasion during the 1920s. His descriptions of Harry’s Bar, of the cafes of Hemingway and Joyce, are the clearest and truest of that era. He drank with the artists, but preferred the company of gamblers, ex-soldiers, and race-track people. Mid-decade, Windstaff returned to America and settled for a time among the flappers and speakeasies of Greenwich Village. He then went back to Europe and found Paris had changed. Well fed, but unhappy as the kept man of a pampered, older woman, Windstaff escaped to Rome to find a childhood friend. By the end of the ‘20s, Windstaff was back in the States, trying to overcome alcoholism, hoping to find stability. With the assistance of Stephen Longstreet, then a budding writer and painter, he began writing this memoir. In a unique style, Lower than Angels captures the essence of war with wonderfully descriptive passages of air combat, and of life on the ground. Later, Windstaff vividly memorializes the expatriate experience.