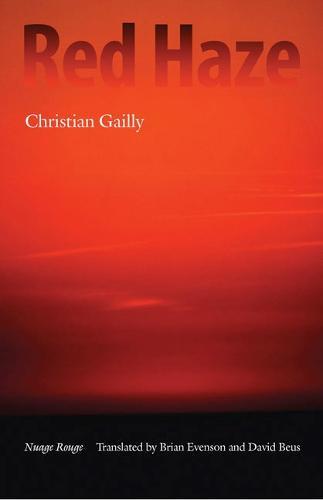 One day unlike the others, he’ll run into a husband worse than the others, he’ll run into trouble. I often thought this. Well, I was wrong, it was a woman he ran into, a woman worse than the others, here’s what happened. What happened is the shocking tale told deftly by the brilliant French minimalist Christian Gailly in Red Haze. It is a story at once spare and mysteriously complex, complicated by the ever odder perspective of the narrator as the details accumulate. Lucien, the narrator’s friend, is a rake, a womanizer who womanizes once too often and loses his offending member to his latest conquest. As the narrator’s interest in the mutilated man and the vengeful woman grows into an obsession, Red Haze becomes an unsettling story of how closely intertwined love and hatred, passion and cruelty can be. Winner of the prestigious Prix France Culture, Red Haze is the third of Christian Gailly’s ten novels to be published in English. The first, The Passion of Martin Fissel-Brandt, is also published by the University of Nebraska Press.