Pagan in Exile: Book Two of the Pagan Chronicles 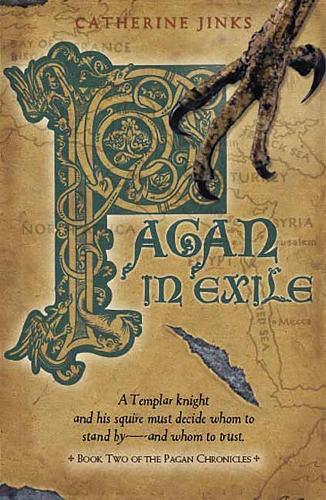 Pagan in Exile: Book Two of the Pagan Chronicles

I LOVE these books. I’m now addicted to Pagan! - Michael Cart, editor of Rush Hour The year is 1188, and Jerusalem is in the hands of the Infidel. Upstanding Crusaders and their squires - like Lord Roland Roucy de Bram and Pagan Kidrouk - are returning to Europe, hoping to rally more knights to their cause. The sardonic young Pagan expects Lord Roland’s family to be the picture of fortitude and good manners, but he’s in for a rude awakening. Brutish and unfeeling, the de Bram clan cares nothing for the Crusades, or indeed for anything outside their neighborhood in France. Meanwhile, local unrest is brewing. Church authorities are duking it out with the de Brams over a group of heretics living nearby. And now Pagan and Roland, sworn to defend Christianity, are left to decide for themselves who to stand by - and whom to trust.