Coach Tommy Thompson and the Boys of Sequoyah 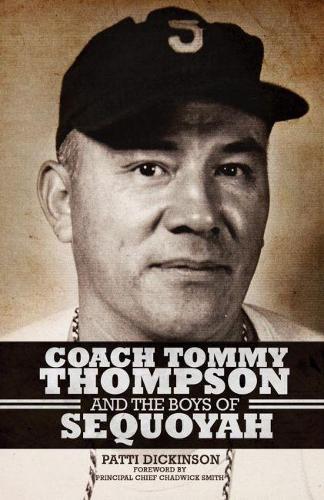 Coach Tommy Thompson and the Boys of Sequoyah

When eleven-year-old Tommy Thompson arrived at a government-run Indian boarding school in 1915, it seemed a last resort for the youngster. Instead, it turned out to be the first step toward a life dedicated to helping others. Thompson went on to become a star athlete and football coach - a Cherokee legend whose story is remembered by many and is now finally told for a wider audience.Following gridiron fame at Northeastern State College, Thompson returned to Sequoyah Vocational School in 1947 as Boys' Coach and Advisor. More than a thousand boys attended the boarding school during the eleven years he coached there. Writing for readers old and young, Patti Dickinson tells the inspiring story of how this one man made a difference in the lives of a generation of Indian youth. Through football, Thompson taught his boys the skills and values they would need to succeed in life, and twice led his team to the state finals. Dickinson describes the success of that program, including one epic, rain-soaked championship game. She paints compelling portraits of Thompson’s boys - the men whose firsthand stories and reminiscences form the basis of the narrative - and re-creates daily life at the school. To his boys, Thompson was Ah-sky-uh, the man, a Cherokee term of respect. Half a century after his death, Sequoyah High School still reveres his memory. This book secures his place in history as it opens a new window on the boarding school experience.