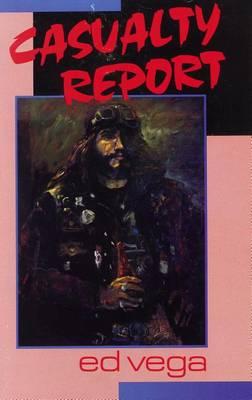 Fiction. Latino/Latina Studies. In CASUALTY REPORT, Ed Vega brings together seven previously published short stories and three new ones, including the politically charged Casualty Report, the story of a Vietnam veteran and his search for a solution to the plight of his people. Vega’s stories slice through the levels of Hispanic life in the city to reveal a richness and a diversity of experience, but also the promise of a flowering or the threat of chaos and destruction. CASUALTY REPORT is at times tender and at times humorous, at times dark and at times tragic, but always disquieting and incisive in its awareness of humanity. Ed Vega is a great writer and his stories are sensitive, unforgettable portrayals of Puerto Rican life, on the mainland, away from paradise –The Philadelphia Inquirer.