Glory and Terror: Seven Deaths Under the French Revolution 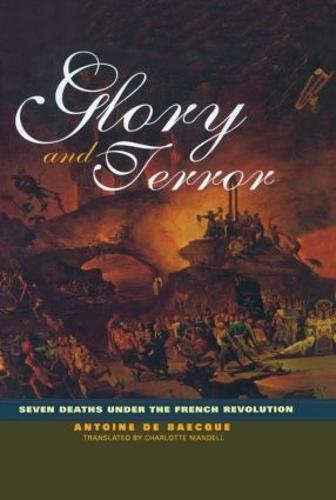 Glory and Terror: Seven Deaths Under the French Revolution

Glory and Terror forwards the argument that the key moment of the French Revolution were a series of dialogues with the dead, and looks to excavate these discourses by examining contemporary visual and literary representations of executions, funerals, processions, ceremonies etc. De Baecque is a writerly historian who does not shy away from the vivid and often gory details of the events he investigates. As reviewer Daniel Gordon notes, De Baecque has a cinematic sense of history: a talent for evoking grand visuals. Among the events examined are the exhumation and transportation of Voltaire’s body to the Pantheon, the burial of the corpse of Louis XVI, and the agonizingly slow death of Robespierre. Glory and Terror is a cultural and literary volume that will appeal to the general reader who enjoys the work of Simon Schama and Robert Darnton and generate much discussion among professional historians.