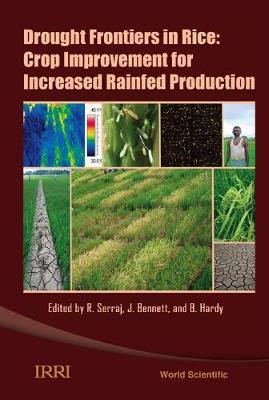 The success of the Green Revolution in closing the gap between world population and food production was principally achieved by increasing crop productivity in favorable areas. However, this success has been limited in the rainfed systems, which are prone to frequent droughts and other abiotic stresses. Worldwide, drought affects approximately 23 million hectares of rainfed rice. Varieties combining improved drought resistance with high yield under favorable conditions and quality characteristics preferred by farmers are the most promising and deliverable technologies for alleviating poverty in communities dependent on rainfed rice production.This book describes some of the recent advances in the genetics and physiology of drought resistant rice varieties and the integration of highly efficient breeding and genetic analysis techniques with functional genomics. Harnessing recent scientific breakthroughs, Drought Frontiers Project (seeds.irri.org/drought) is launched as a major assault on the problem of improving drought resistance in rice. Featuring contributions from leading international experts, case studies are discussed to present perspectives on the various multidisciplinary facets of drought resistance in rice, along with the involvement of natural resource management practices and the socioeconomic implications that entail. Readers will be better informed of this highly relevant and complex topic of improving rice drought resistance in a global environment characterized by increased water scarcity.