The Missions of Northern Sonora: A 1935 Field Documentation 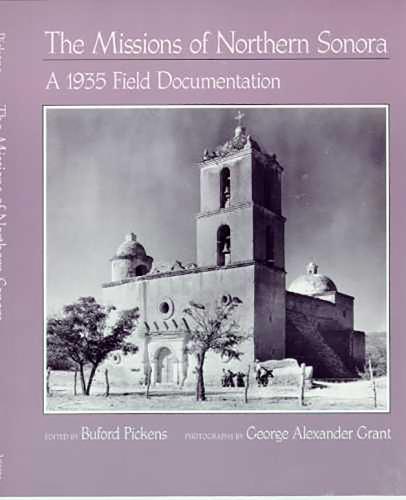 The Missions of Northern Sonora: A 1935 Field Documentation

The Spanish missions founded by Padre Eusebio Kino in Sonora, Mexico, during the 1690s and early 1700s are historical as well as architectural marvels. Once self-supporting villages with central churches, the missions stand today as monuments to perseverance in the face of a hostile New World. These Kino Missions were surveyed in 1935 by the National Park Service to prepare for the restoration of the mission at Tumacacori, Arizona, then a National Historic Monument. That report, which was never published, provided insights into the missions' history and architecture that remain of lasting relevance. Perhaps more important, it documented these structures in photographs and drawings the latter including floor plans and sketches of architectural detail that today are of historic as well as aesthetic interest. This volume reproduces that 1935 report in its entirety, focusing on sixteen missions and including two maps, 52 drawings, and 76 photographs. With a new introduction and appendixes that place the original study in context, The Missions of Northern Sonora is an invaluable reference for scholars and mission visitors alike.