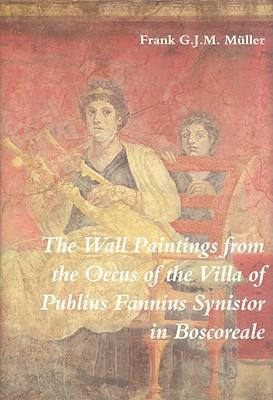 The cycle of frescoes from the oecus or banqueting hall in the Villa of Publius Fannius Synistor in Boscoreale is generally interpreted as a portrait gallery of a Hellenistic dynasty. The iconological study presented in this volume offers historical and art-historical arguments against this supposition. On the basis of a meticulous iconographic analysis, the author arrives at an entirely new interpreta-tion. He demonstrates that the individual panels of which the fresco cycle is composed are not unica, as was hitherto assumed, but that they belong to an iconographical tradition which has left traces elsewhere in ancient art. On the basis of this new interpretation, the author comes to the conclusion that the fresco cycle from the Villa of Fannius was intended as an eloquent testimony to the cultural aspirations of a well-to-do Roman from the middle of the first century B.C.